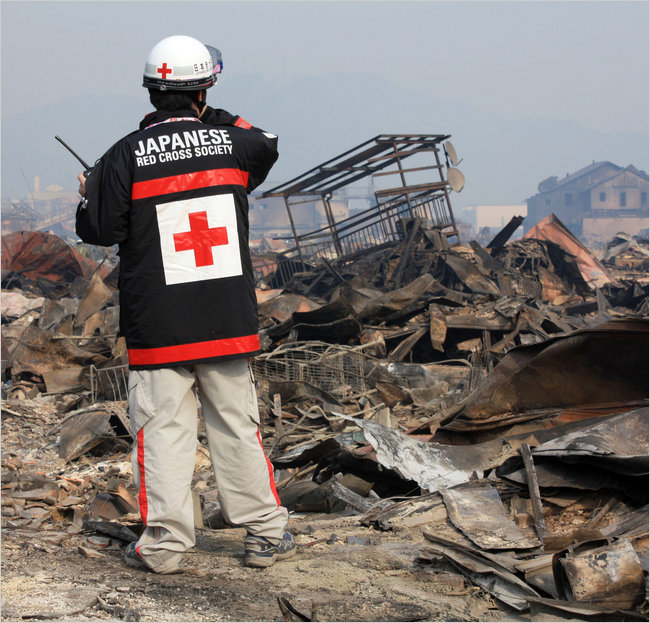 The Humphrey and Prudence Trickelbank Foundation was established to support disaster relief activities around the world. The Foundation is considering a major investment to create a rapid reaction satellite constellation to assist relief efforts around the world. For political reasons, the system is not to be prepositioned in orbit and will only be deployed in the event of a major natural disaster (within 24 hours) The feasibility and expected cost of the constellation. Final responses to this RFP should describe the preliminary design of the proposed system icluding expected performance, development schedule, and ROM cost.

The best year, the one filled with geniuses that can take on this beast of a class. In spacecraft design the professor, and his industry network, throw all their combined years of experience into a challenge that will battle harden students into peak performance to enter the aerospace world and excel with all that we have learned!

Senior design was 9 months of experience in Aerospace Engineering. For the first quarter I turned requirements into measurable parameters for the entire mission, I performed trades at a system level to justify design decisions for launch vehicle (tools included ASTOS) and locations, orbital determination (tools included STK), and satellite constellation configurations. After developing these trades, as well as laying out mass, power, and thermal budgets for each system, I decided we needed a way to keep track of these decisions so I set up documentation and communication software for our class, including creating this website in which I programmed a system design software inspired by SMAD. In the second quarter the class became one large group of 57 people which I led through the initial stages of organization where I continued to structure system-wide collaboration and design of launch vehicle, operations, and satellites teams. After systems was improved I led the design of our satellite system that could be operational in 24 hours. This involved setting up budgets for pointing, communications, data handling, and operational modes; delta-v budget proved one of the biggest challenges with variable orbits, rapid response time, complicated imaging schemes, and the fact that the solution combined the satellite and launch vehicle design. At the end of the year when all the fine details were being worked out I focused on the thermal imaging payload which required immense research from textbooks and through industry contacts I had made through the year. Ensuring the payload would deliver on the requirements involved work in thermal and structural analysis, CAD and configuration, and space environment mitigation. Throughout the year I proved my ability to succeed in both systems engineering and the design of specific subsystems. Engineering with an understanding of every aspect of the mission was my favorite part of this project, and has prepared me to be a valuable asset for your company. 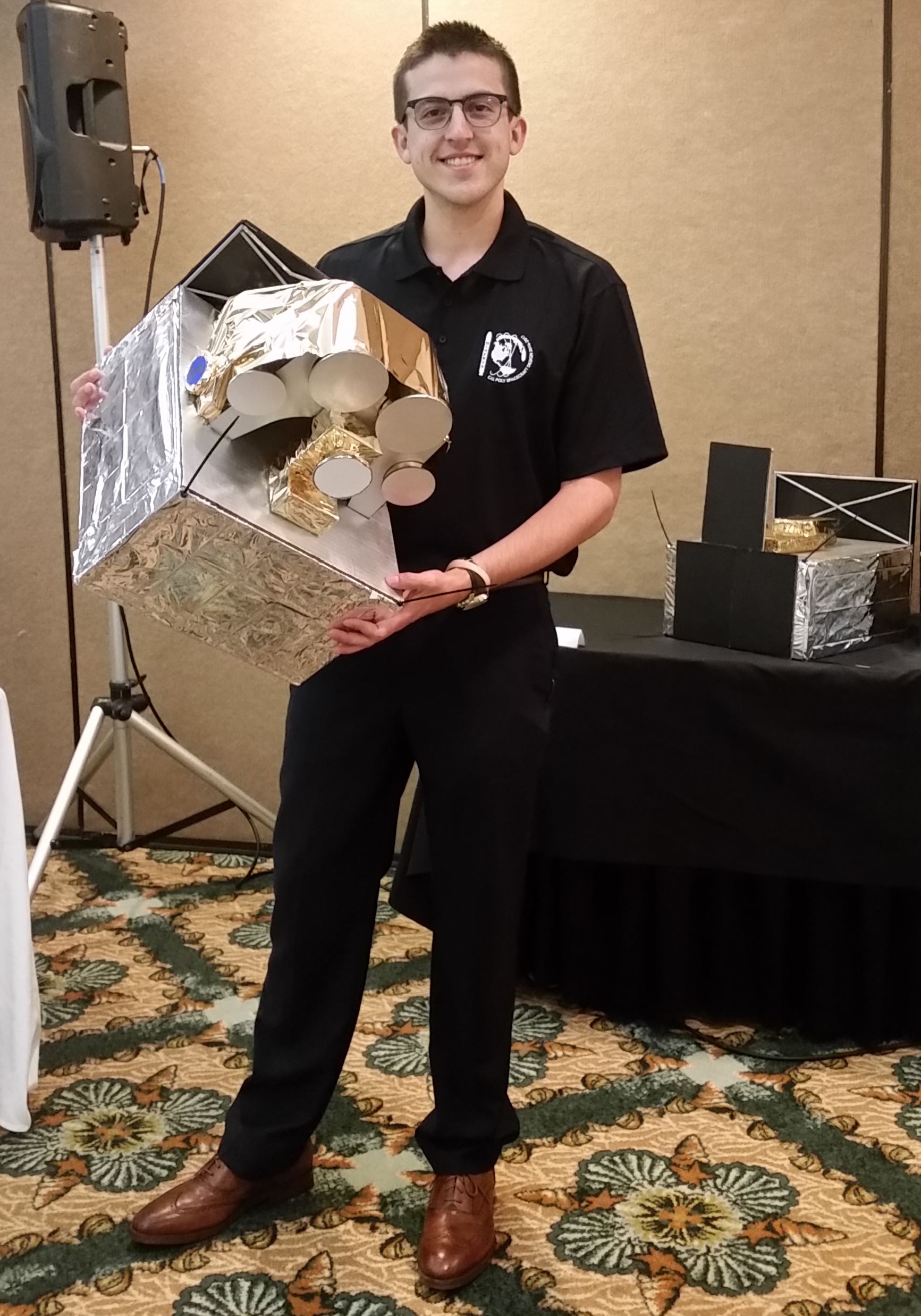 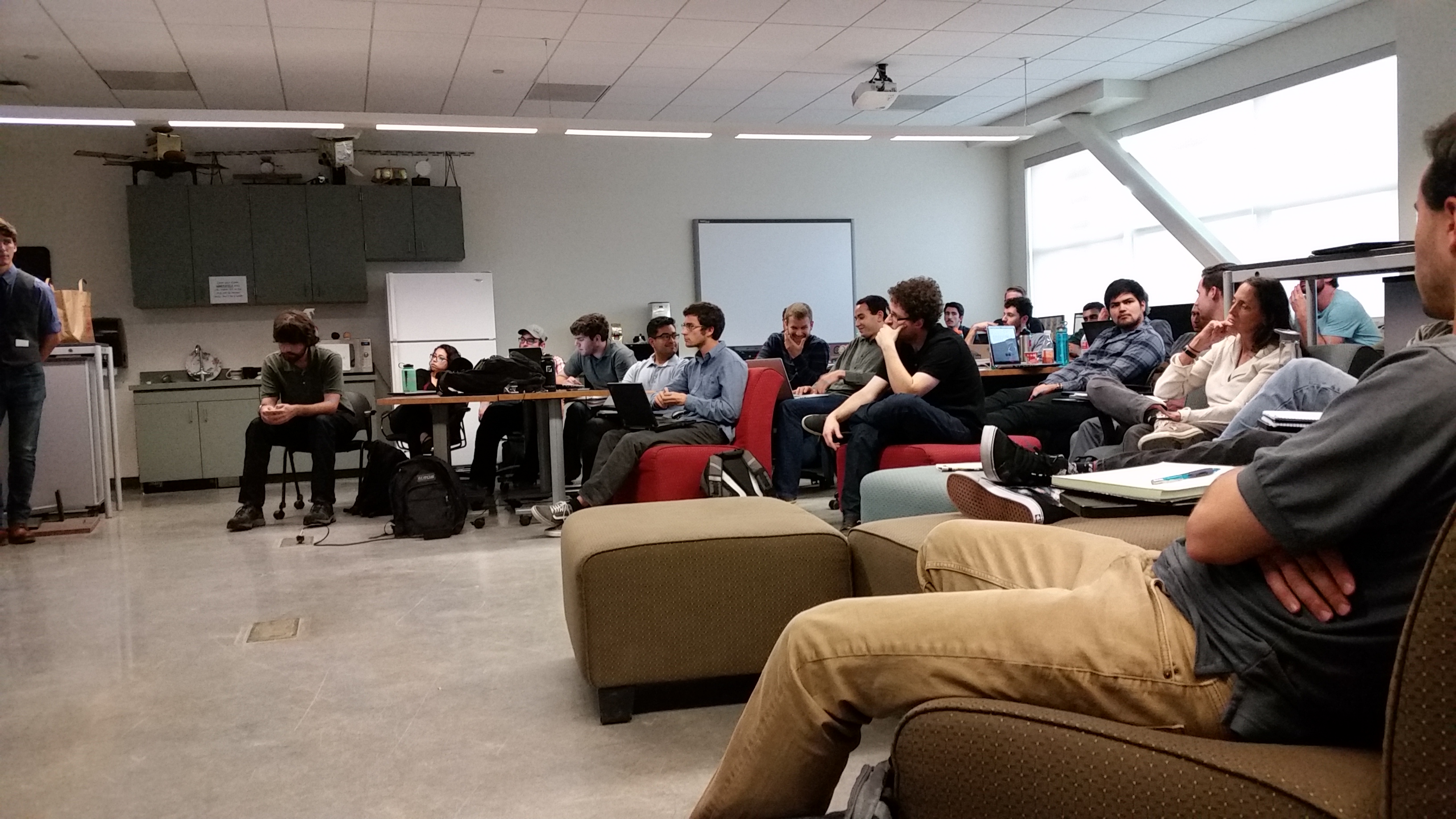 For the first 6 weeks of the quarter the class was divided into 14 groups of 4-5 people each to investigate the viability of the requirements outlined by the Tricklebank Foundation. Each team needed to come up with a high level design without "going into the weeds" in order to see how each of us would approach some of the big trades required by the request for proposal. This process was intended to be as true to life as possible by requiring teams to send notices of intent, and submit questions and requirement pushbacks by certain deadlines. At the end of this period of the class each team had to give a 15 minute presentation to the Trickelbank Foundation and a member of each team about the team's chosen design.

For the last 4 weeks of the quarter the class was divided into 2 groups of about 25 people each to create a more comprehensive design. The increase in "horsepower" for each subsystem allowed us to do even more research, calculations, and trades to design everything from the subsystem level while simultaneously designing at the system level to make sure that all subsystems would integrate into a functional satellite constellation. Between the two sections there was significant variations in design decisions, but the structure and process was similar with both teams breaking up the system into 5 parts: system architecture, imaging payload, communications payload/support, orbits, and launch. The major goal of this period of the class was to make rational trades while avoiding personal biases, maintaining a "big picture" view, and most importantly organizing documentation of all decisions and research so that if anything needs to change in the future everybody (not just the people who originally made the decision) knows how it will effect every part of the design. At the end of the quarter each team gave a 45 minute presentation to the Trickelbank Foundation, professors, and grad students who were encouraged to find problems in the design and interrupt during the presentations to test our ability to adapt and address concerns without guessing, or conflicting viewpoints between teammates. 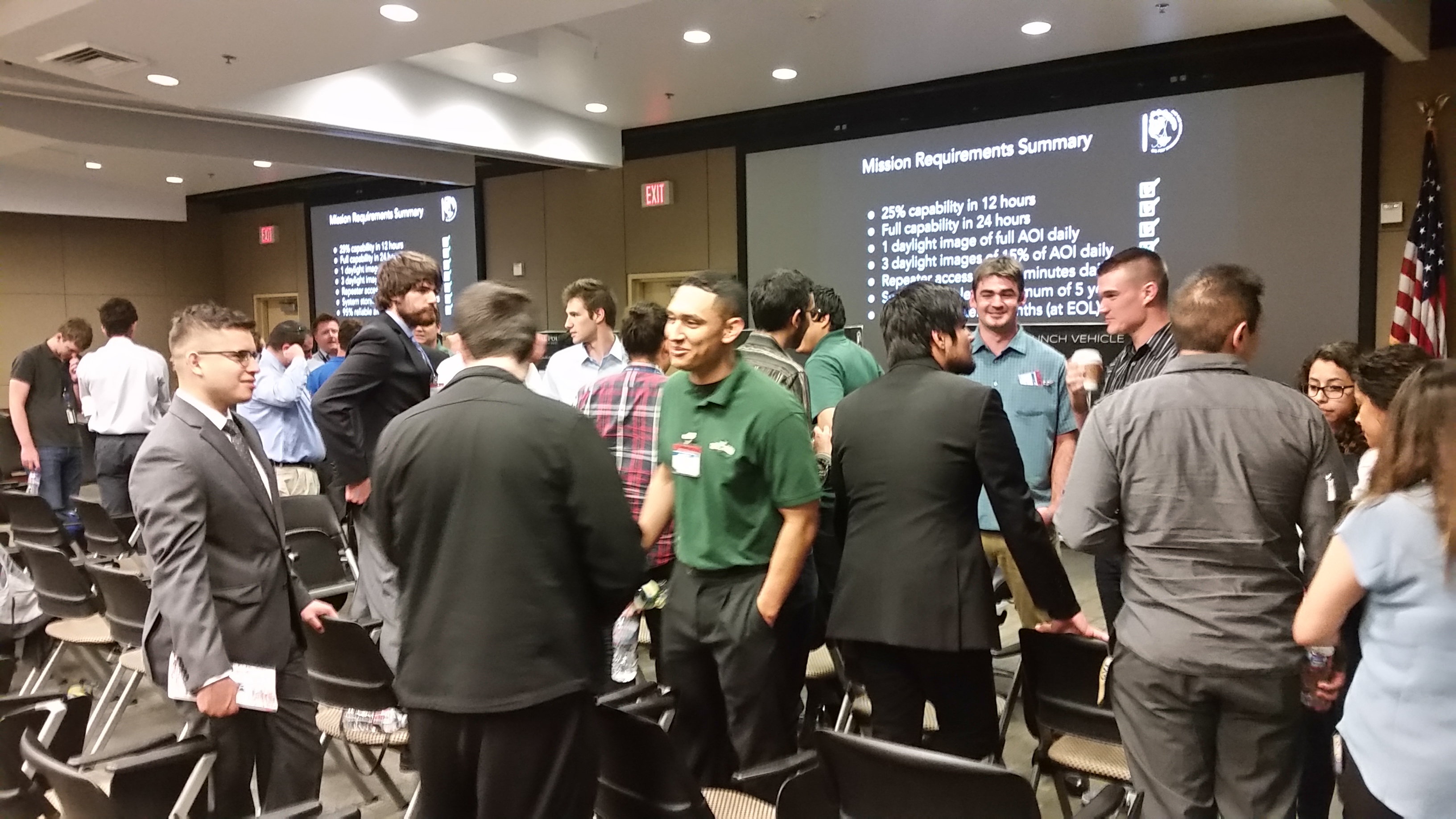 Our Trip to Space Systems/Loral

In the Winter quarter the teams from the previous quarter were disbanded to form a new megagroup that can investigate and design even further. February 3rd 2017 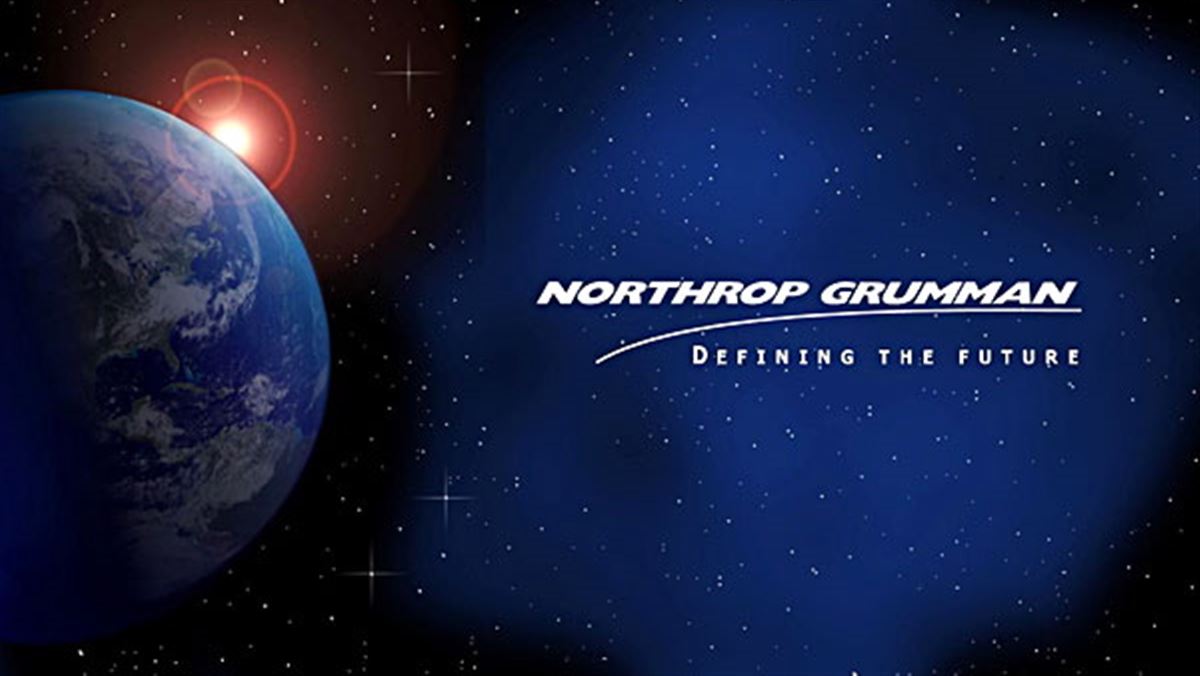 Our Trip to Northrop Grumman

In the Winter quarter the teams from the previous quarter were disbanded to form a new megagroup that can investigate and design even further. March 17th 2017

Our Trip to Lockheed Martin

In the Spring quarter the teams from the previous quarter are making the final push to produce a full feasibility study for Symposium. April 14th 2017 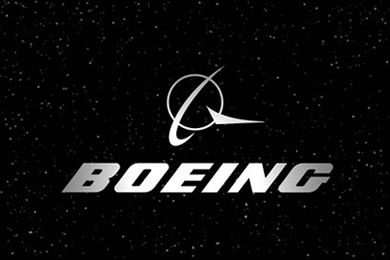 Our Trip to Boeing

In the Spring quarter the teams from the previous quarter are making the final push to produce a full feasibility study for Symposium. May 19th 2017

After 9 months of amazing work from 57 brilliant engineers the final design of our constellation was presented to an industry board of 20 judges from companies including JPL, SpaceX, and the Air Force! The design was picked apart by experts for 2 days, over 10 hours, on everything from satellite communications to launch operations, but in the end the design was praised for its success and creativity in meeting the ridiculous requirements. So congratulations to the Cal Poly class of 2017 Spacecraft Design! We survived and created something we can all be proud of; continue to grow, learn, and take the world to infinity and beyond.

Inquire About a Minerva Engineer